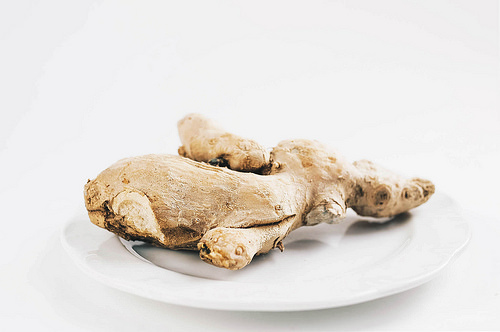 Ginger has many health benefits since it has antioxidants and anti-inflammatory properties and therapeutic compounds such as shogaol, gingerol, zingerone, paradol. Incorporating ginger in your diet will not only flavor your food but will have profound effects on your health in many aspects. The following are the five major health benefits of ginger:

Ginger has for a long time been used to treat morning and seasickness. Ginger has the ability to relieve nausea. Ginger has also been found to reduce severe nausea in cancer patients undergoing chemotherapy. Ginger has also been using to prevent gastrointestinal upset after surgery. Most cancer patients experience nausea after chemotherapy sessions which affects how they respond to their treatment. Besides their health is positively impacted by consuming ginger which enhances their immune system and reduces susceptibility to common infections such as cold and flu. Ginger helps cancer patients be able to feed properly since it increases tolerance to food which is a positive thing in staying strong when using chemotherapy medication.

Ginger is an effective remedy against nausea for pregnant women and has no known side effects. Most early pregnancies are characterized by nausea and vomiting. The condition, though not a medical emergency, can be distressing to expectant mothers and their family. Additionally, it can disable a woman from working since she will require time away from work. Pregnant women have a limited use of drugs due to contraindication and negative effect on the fetus. Use of natural ginger has been proved to be an effective and safe way of offering relief from nausea.

Ginger helps prevent the formation of painful sores in the stomach lining which causes indigestion, heartburn, fatigue and abdominal discomfort. Stomach ulcers are formed due to the production of a strong acid by the stomach or food digestion and protection against microbes. The stomach normally produces a thick mucus layer to protect the esophagus lining from becoming corroded by this acid. Failure of the mucous membrane in the stomach to produce the mucus leads to the walls of the esophagus becoming perforated by the acid/ stomach ulcers. Ground ginger is helpful in the prevention of stomach ulcers caused by prolonged use of medication such as aspirin. Ginger has also been found to be effective in the inhibition of the growth of H. pylori bacteria capable of causing small intestine and stomach ulcers. Stomach ulcers can predispose one to cancer.

Ginger helps in pain relief and preventing the body from excessive inflammation. Ginger has many compounds such as gingerol and shagaol which help sooth damaged cells offering relief from pain.

Ginger extracts are also vital in preventing joint swelling and reducing the level of inflammation. Ginger inhibits the overreaction of nerve endings which transmit sensory information to the brain making the effect of painless felt.

Ginger is useful in the management of joint pains in people suffering from arthritis.

4.Inhibits the Growth of Cancer

Ginger has anti-cancer properties since it contains the 6-gingerol compound.

Ginger has been found to be effective in inhibiting the development of cancer cells in the ovary, pancreases and prostate. Ginger helps strengthen the immune system by breaking down harmful substances inside the body’s organs. The lymphatic system becomes clean of toxins thus ensuring the whole body does not become an easy target of health attacks. The combination of ginger and eucalyptus is a useful way to enhance immunity and clear the respiratory system.