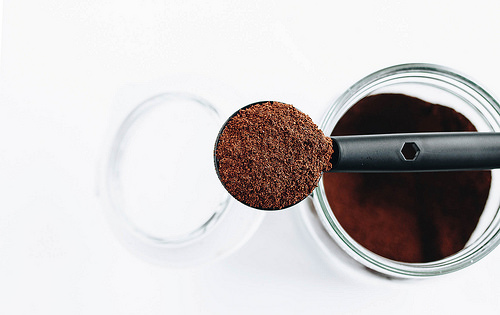 Coffee has been around for a vast time and blamed for a couple of health hazards. Most people will view it from a negative perspective without necessarily considering the other side of the coin. However, studies and reputable research have shown that coffee has some health benefits. Recent research has upheld the use of coffee due to it health impacts in our bodies. Coffee is composed of antioxidants and some useful nutrients that help keep the body health at par. The following are five of the key importance of taking coffee.

Studies have shown that coffee has the potential to reduce the number of diseases. People taking coffee have a lower risk of contracting several diseases. Coffee curbs the impact of Parkinson’s disease. Other diseases prevented by coffee intake include diabetes and liver disease. Type two diabetes is a hazardous disease that has affected more than three hundred million people in the world. It is normally characterized by a high level of blood sugars and the inability of the body to secrete sufficient insulin. According to reputable sources, people who take coffee reduce the Hepatitis in that it lowers it induces the hormone secretion.

Coffee is a stimulant substance responsible for making the body feels less tired. The stimulant substance called caffeine in coffee is responsible for stimulating the body. Caffeine is the most commonly used psychoactive substance consumed by human beings. When one takes in the coffee, it travels into the brain after absorption. In the brain, coffee makes the brain active by inducing the activity of neurotransmitters like dopamine. Generally, coffee improves brain memory, energy levels, vigilance, and general cognitive ability.

Caffeine, a major substance in coffee is a major component of most of the supplements that burn fat. The naturally found caffeine is one of the unique substances that have been proven to assist in fat burning. Caffeine boosts metabolism rate and burning of fat by close to 10-30%. Boosting metabolism helps to convert the fats into a means that can be easily absorbed by the body. Caffeine is a stimulant to the nervous system. It does so by causing the system to send signals to the fat cells. It signals them to break down the fats.

Owing to the fact that coffee drinkers are less protected against some deadly diseases, it may extend your years here on earth. Coffee lowers the risk of stroke, which is a fatal disease. Coffee is a solution for some of the cancers. Cancer is exhibited by uncontrolled growth of cells in the body. Coffee solves some of the cancers like liver cancer as well as colorectal cancer. Research shows that coffee drinker’s cuts lower the risk to approximately 40%.

Nutrients sufficiency is a simple way of living longer. Apart from caffeine, there are other composites in coffee in nutrients form. Many of these nutrients find their way in the final black coffee on a dining table. A cup of coffee contains the following nutrients: pantothenic acid(commonly known as vitamin B5), riboflavin (vitamin B2), potassium, manganese, magnesium, and niacin. Coffee will help you fight depression, a serious and deadly mental disorder.

Some studies have found out that consumption of coffee decreases the general mortality rate. Adults who take coffee have a higher chance of lessening cardiovascular mortality. Although some research will deduce that coffee is hazardous to young people, the impact will only be loud enough if the coffee is taken in bulk.

With the mentioned benefits above, there will be a shift in the blame for the coffee and it its product. You can no longer blame the crop for the ills but rather praise it for the benefits. It is worth noting that coffee is no longer a black beverage in a cup. There is more to excavate from every sip of the concoction. An average cup of coffee well ground in an espresso machine is supposed to contain approximately 100-500 milligrams of caffeine. You can get Fetco in UAE for good quality coffee equipment. However, these benefits should not give you the go-ahead to take tons of coffee in a day. Too much of something will prove to be poisonous. Too much intake may be toxic. Overall, it is only wise to consult a qualified nutritionist to advise your coffee intake accordingly.